Don’t You Dairy! Understanding the Dairy Controversy and Why It Matters To Your Health.

There is so much uncertainty surrounding dairy processing and consumption with respect to nutrition and ethics. Every time I mention that I don’t support dairy consumption I am faced with statements like “but milk/cheese/yogurt/ice cream is so delicious, I could never stop eating it“,… “no animals are being harmed, it’s just their milk” … and “I don’t drink milk but dairy is in everything!”

We seldom reflect on why we consume dairy in the first place, we just know that it is an ingredient in most of our food products and to us that’s “normal”. How did this come to be? A cow’s milk is intended for her calf, the same way a mother’s milk is intended for her newborn baby. From a young age we are encouraged to keep our milk consumption high in order to increase our health and vitality, while our youth and naivety keeps us from questioning the norm. It is time to take our health out of the hands of some lobbyists in government promoting dairy so they can have even more money from feeding this addiction and depleting our health so we are ever-dependent on pharmaceuticals.

Look below to find common dairy questions answered. I encourage you to do your research and take control of your health!

Another Mammal’s Milk… Say What?

Dairy consumption is entirely socially constructed; drinking another mammal’s milk is unnatural to any species and results from an addiction at an early age. Sweet is the only flavor humans innately crave. This is the result of the evolutionary instinct to drink the milk our mothers produce to nourish our young and fragile bodies during a critical developmental period. A mother’s milk is the only substance with the fat and sugar content which will cause the mass of a newborn to triple in the first year of life. As soon as a baby is weaned from his/her mother the child is then switched over to cow’s milk. At this time the child still feels comfort and satiety from the fats and sugars present in dairy and, thus, an addiction develops, it becomes a foreign concept to ever be fully weaned from milk that we only required as children.

Milk production isn’t inhumane, is it?

Dairy cows are impregnated annually so they can continually produce milk. Eighty percent of dairy cows are artificially inseminated on what is referred to in the industry as the “rape rack.” After giving birth, the calf is immediately taken from his/her mother to avoid any loss of milk which will be processed and distributed for human consumption. The mother cow is then hooked up to metal milk machines 3 times a day and forced to produce ten times more milk every day than she naturally would. 2 to 3 months after giving birth, she is re-impregnated. While in nature a cow would live to 20 years, cows on modern farms are slaughtered at just 3 or 4 years of age to become a component of some fast food chain mystery meat.

Two of the most prevalent cancers in the western world today are prostate and breast cancers; these cancers have been linked to insulin-like growth factor (IGF-I) which is a known cancer promoter. Dairy products are said to increase a man’s risk of prostate cancer by 30 to 50 percent.

I Won’t Replace Soy for Dairy.

Another issue which is regularly disregarded is the estrogens in dairy. Everyone is very wary of estrogens in soy, however, approximately 65 percent of estrogens consumed are sourced from dairy products. Estrogens influence cell proliferation (an increase in the number of cells as a result of cell growth or cell division) which is a risk for breast, ovarian, and prostate cancers.

Calcium For My Bones Though?!

Contrary to popular belief, dairy consumption has never been shown to reduce fractures. According to the Nurses’ Health Study, dairy may increase fracture risk by 50 percent. In accordance with this data, countries with lower rates of dairy and calcium consumption (such as Africa and Asia) have the lowest rates of osteoporosis as well.

Modern animal milk generally has 400% more pesticides than an equivalent sample of grains or vegetables. Livestock regularly consume pesticides through sprayed plants and feed but additionally receive rations of hormones to stimulate growth and production along with antibiotics so no disease results from the horrific conditions they live in. Though milk naturally contains hormones and growth factors, the dairy produced in our society contains synthetic hormones such as recombinant bovine growth hormone (rBGH). rBGH is said to be the root cause of children maturing and developing at a younger age than ever before. The processing involved in dairy production is another major issue. Pasteurization is the heating of milk to extremely high temperatures to kill any harmful pathogens and in doing so all enzymes which may have aided in our digestion are killed as well. Another element of milk processing is homogenization. This process is often overlooked but can have serious health implications in the blood and lymph systems of the consumers.

“Homogenized cow’s milk transforms healthy butterfat into microscopic spheres of fat containing xanthine oxidase (XO) which is one of the most powerful digestive enzymes there is. The spheres are small enough to pass intact right through the stomach and intestines wall without first being digested. Thus this extremely powerful protein knife, XO, floats throughout the body in the blood and lymph systems. When the XO breaks free from its fat envelope, it attacks the inner wall of whatever vessel it is in. This creates a wound. The wound triggers the arrival of patching plaster to seal off that wound. The patching plaster is cholesterol. Hardening of the arteries, heart disease, chest pain, heart attack is the result.” – HEALING WITH WHOLE FOODS, PAUL PITCHFORD

1: Challenge the norm – Accepting the norm rarely leads to positive developments; asking questions and making educated decisions can have a huge impact.

3: Plants provide all you need – Think you need to up your calcium intake? Sesame seeds, chia seeds, dark leafy greens, oranges, and quinoa are all incredible sources of calcium!

4: Be Forgiving – Gradual change is the key. Don’t overwhelm yourself with trying to cut all dairy at once; start with milk one week, then ice cream the next week, then cheese two weeks after that… etc. 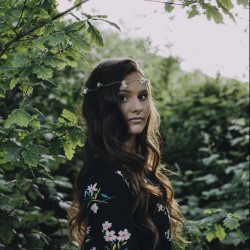 Natalia is a student studying Nutritional Sciences and Economics at the University of British Columbia. Natalia became interested in nutrition and medicine while enrolled in the professional program at Goh Ballet Academy. There, she regularly met with Nutritionists to ensure she was eating the right foods to fuel her body and reach the highest level of fitness required.Following dance inflicted injuries, Natalia decided to hang up her pointe shoes and delve into her other passion, the medicine of nutrition.

Enter your name and email below and we'll send you our 3 Day Glowing Skin Diet, absolutely free.

Your information will never be shared
or sold to a third party.

Sick Of Feeling Bloated and Inflamed? Improve Digestion With These 3 Quick Tips (And This Delicious Low-Sugar Cucumber Smoothie)

There is nothing more annoying than a bloated belly. It can be frustrating and confusing for people who eat a...